Aquaculture is an industry with features that set it apart from many others resource based industries. It can provide communities with economic/business options to access commercial markets by scaling operations and products to supply grocery outlets locally, across North America, or even globally. The different models can be designed to fit almost any location, maximize available environmental resources and assets, and be consistent with your business or other requirements. Food security and economic development can be addressed for communities through various forms of aquaculture and aquaponics. The rehabilitation of targeted species can reduce the stress off the wild population and could potentially support well managed increased activity within the commercial or recreational fishing sector.

Aquaculture is a very active industry in Canada, with a wide variety of farmed seafood being produced in every Canadian province, as well as the Yukon Territory. Finfish makes up most of the inland and coastal Canadian Aquaculture production, which sees over 27 different species being cultured, including Atlantic Salmon, Rainbow Trout, Arctic Char, Sturgeon, and Lake whitefish. On the east and west coasts of Canada, the aquaculture industry is more diversified with at least 20 different species of shellfish being cultured, including mussels, clams, scallops, and oysters. These species, form a significant part of their seafood markets. The emerging cultivation of aquatic plants, such as Kelp, Sea lettuce and Irish moss, is showing rapid early development and shows promise of a large role in the future of aquaculture in Canada. Broader markets are available for sea urchins, crayfish and sea cucumbers that are being commercially grown albeit, currently in small amounts.

Indigenous communities are generally in a favourable position for aquaculture development due to their proximity to water resources, unoccupied lands, and First Nations governance authorities. The numerous examples of Indigenous aquaculture projects across Canada demonstrates that this industry is being led by Indigenous participation. These projects have resulted in new job creation, skill development and capacity building, and increased wealth and prosperity for the participating communities.

According to the latest worldwide statistics on aquaculture compiled by the Food and Agriculture Organization of the United Nations (FAO), global aquaculture production achieved another all-time high of 114.5 million tonnes in live weight in 2018, with a total farm gate value of $263.6 billion USD.

Our desire to consume seafood has outpaced the world capture fisheries for many years now, aquculture has produced a sustainable source of protien to reduce pressure off the wild stock, provide many career options and a globally available food source.

Aquaculture is the farming or cultivation of fish, mollusks, crustaceans, aquatic plants, and algae in a natural or controlled marine or freshwater environment. The easiest way to think about it is as underwater agriculture.

Nearly every species now can be cultured, through one of the many types of aquaculture practiced today. However, the species you chose will be based on your local environments, potential markets, and your desired goals and objectives. These factors will determine if the opportunity is feasible for you. Like with any economic opportunity, it is very important to develop a business plan, conduct feasibility studies and carry out environmental assessments to ensure the opportunity you are pursuing makes sense for your community. Three pillars that should be considered through the development and operation of your facility should be ensuring it is economical, as well as environmentally and socially sustainable.

Since the 1960s, the Ontario aquaculture sector has been the leading producer of freshwater farmed fish in Canada. In 2018, Ontario farms produced more than 5,400 tonnes of rainbow trout having a farm-gate value of about $29 million. Lake-based, net pen production dominates all land-based production systems, accounting for 90% of the total production. After languishing in a relatively static state for several years, Ontario’s aquaculture industry entered a period of gradual expansion beginning in 2012. Increased commercial aquaculture development by First Nation communities has been a substantial contribution to this growth. 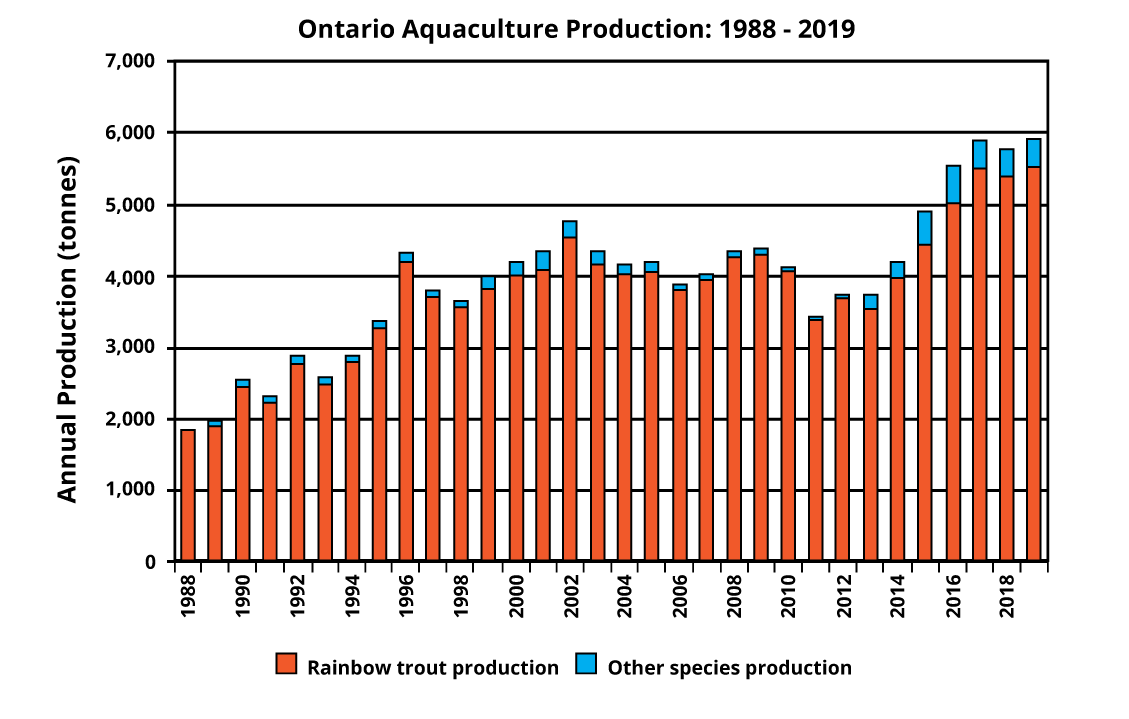 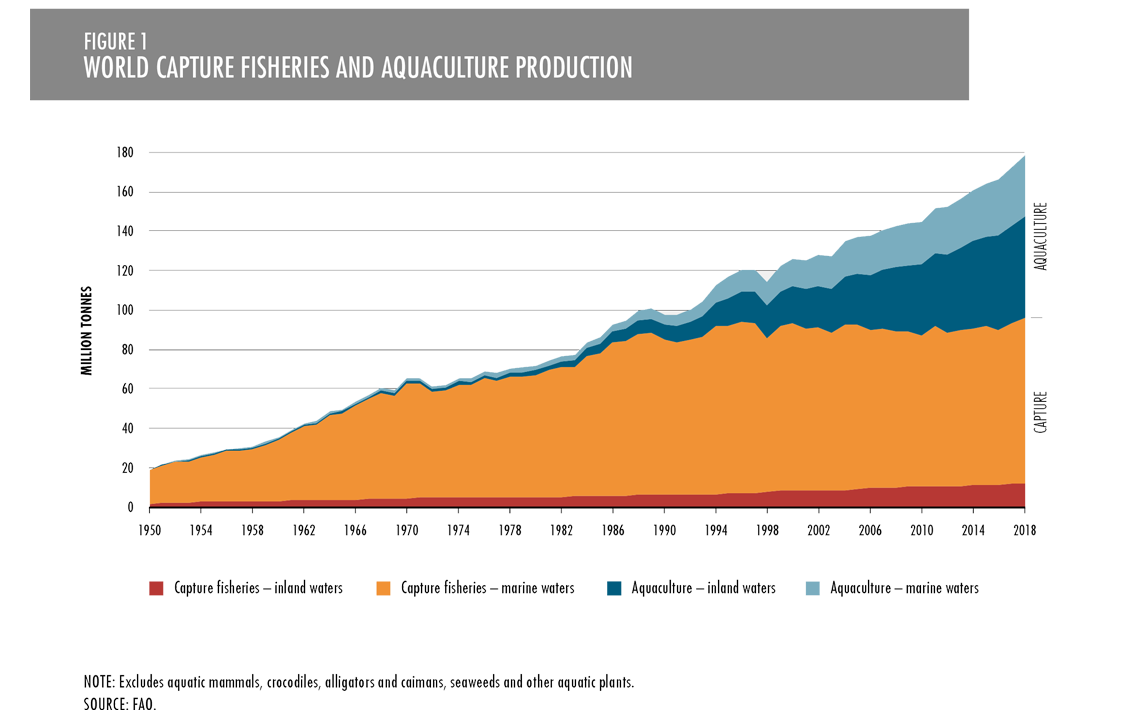 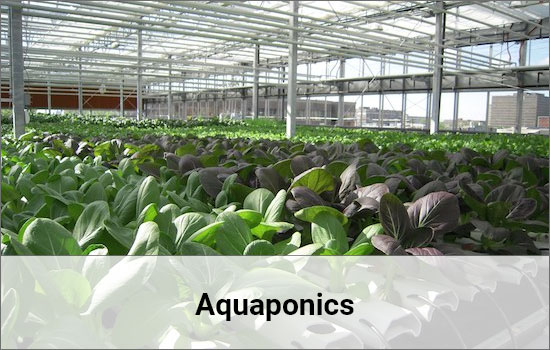 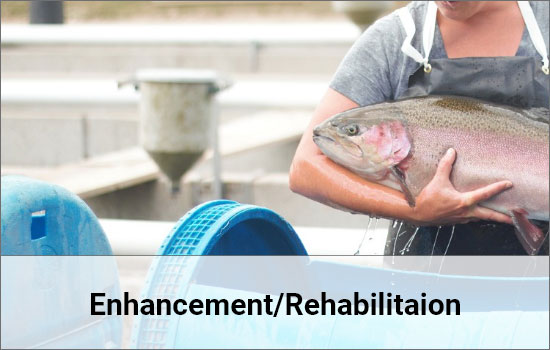 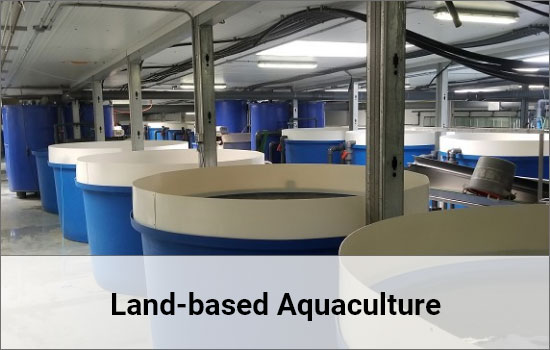 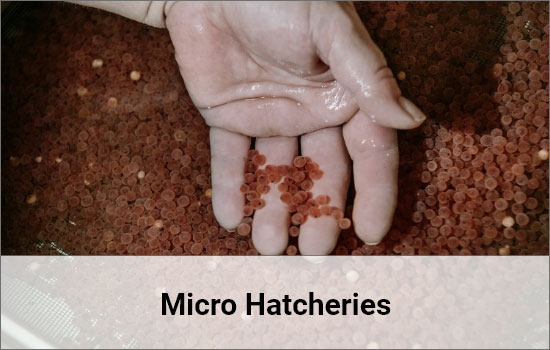 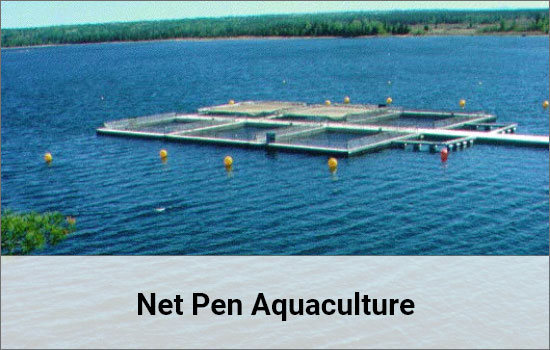 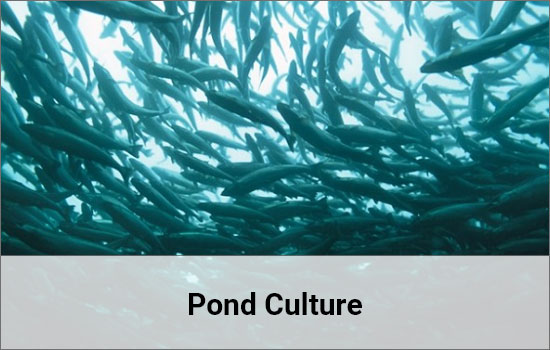